Australia is the sixth largest country in the world and has the lowest population density per square kilometre. It is a natural wonderland of beautiful beaches, crystal blue waters, amazing ancient rock formations and pristine rainforests. 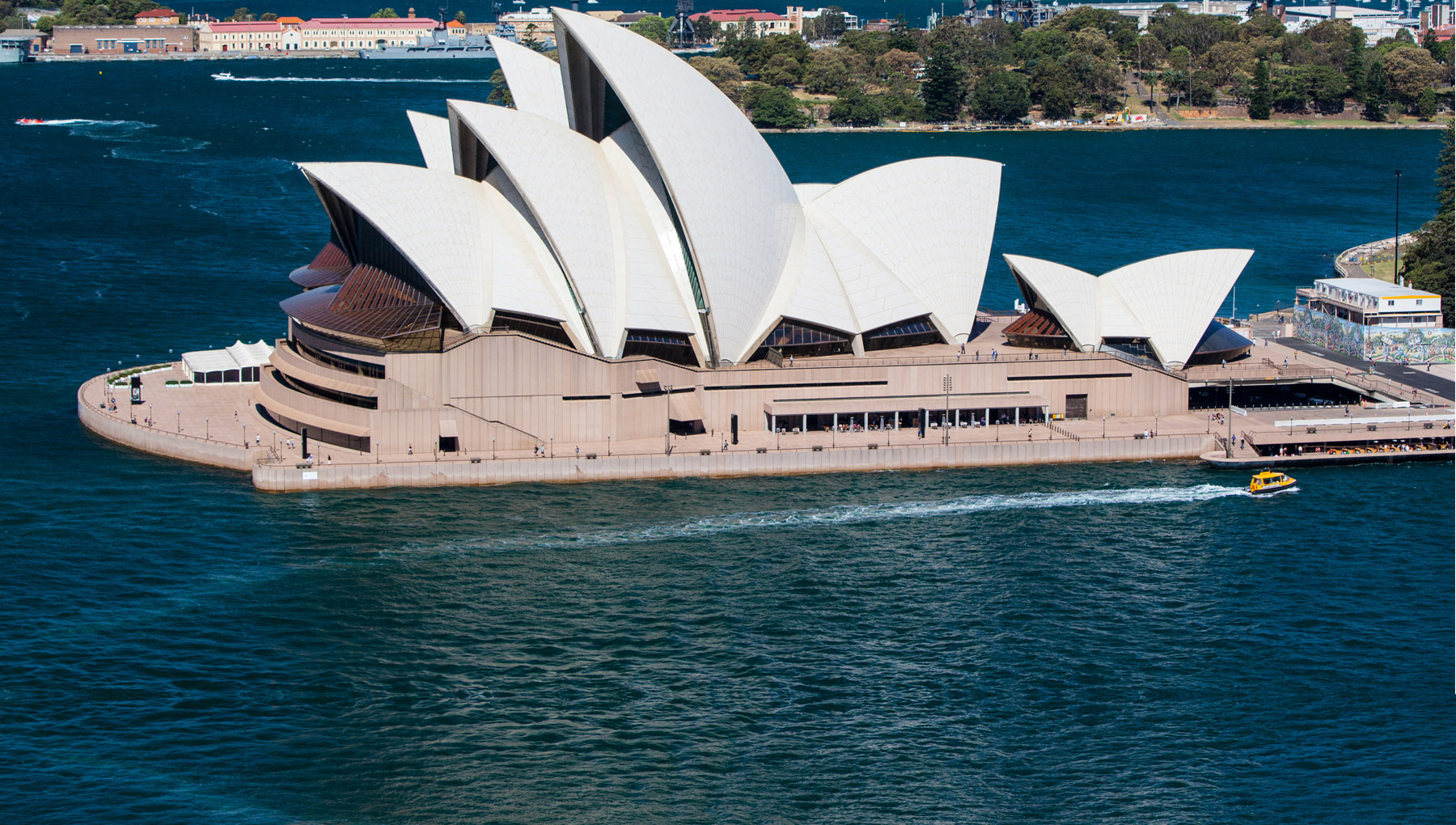 Culture and Customs
The culture and customs consists of a rich tapestry of nationalities including traditions, legends, myths and folklore. The indigenous ‘Dream time’ forms the base of tens of thousands of years of spiritual aboriginal art and culture.

Language
In Australia over 200 different languages and dialects are spoken, including 45 indigenous languages. The most commonly spoken languages (other than English) are Italian, Greek, Cantonese, Arabic, Vietnamese and Mandarin.

States and Territories
Australia is made up of six states and two territories:

Geography
Australia is both an island and a continent; it is the largest island but smallest continent in the world. It is about thirty seven hundred kilometres from north to south and four thousand kilometres from east to west. It has an area of nearly 7.7 million square kilometres and is the sixth largest nation on earth; it is the lowest of all the continents with the highest point at only 2228 metres. The landscape variety more than compensates for the lack of height. Climatic zones range from tropical rainforests, to deserts, and cool temperate forests to snow covered mountains.

Indigenous Australians
Aboriginal and Torres Strait Islanders made up all the people of Australia before the arrival of European settlers in 1788. They formed many groups with their lifestyle, religious and cultural traditions reflecting a deep connection with the land. They spoke one or more of hundreds of languages. Now, they make up only a small part of the total number of Australians. They continue to live in all places including cities, towns, the coast, rural areas and the outback. There is no single culture but a mixture of current day and traditional thoughts, ways and practices.

Migration to Australia
On 26 January 1788, the First Fleet arrived in Port Jackson now called Sydney. Migrants arriving with and after the First Fleet were mainly English convicts and free settlers. They included Italians, Greeks, Malays and people from other parts of Europe. The gold rushes attracted a large number of people from Britain, Ireland, Germany and China. Afghans also came at this time, bringing camels with them for inland exploration. Early Japanese settlers started the pearling industry in Australia.

Post World War II Migration
Large-scale migration began after World War II and it is continuing today. The resettlement of displaced persons and refugees saw migrants come from Britain, many parts of Europe and the Middle East. After the abolition of the White Australia policy, migrants also came from many parts of Asia. Patterns that are more recent see more people coming from Africa.