Background
Britain’s American colonies broke with the mother country in 1776 and were recognized as the new nation of the United States of America following the Treaty of Paris in 1783. During the 19th and 20th centuries, 37 new states were added to the original 13 as the nation expanded across the North American continent and acquired a number of overseas possessions. 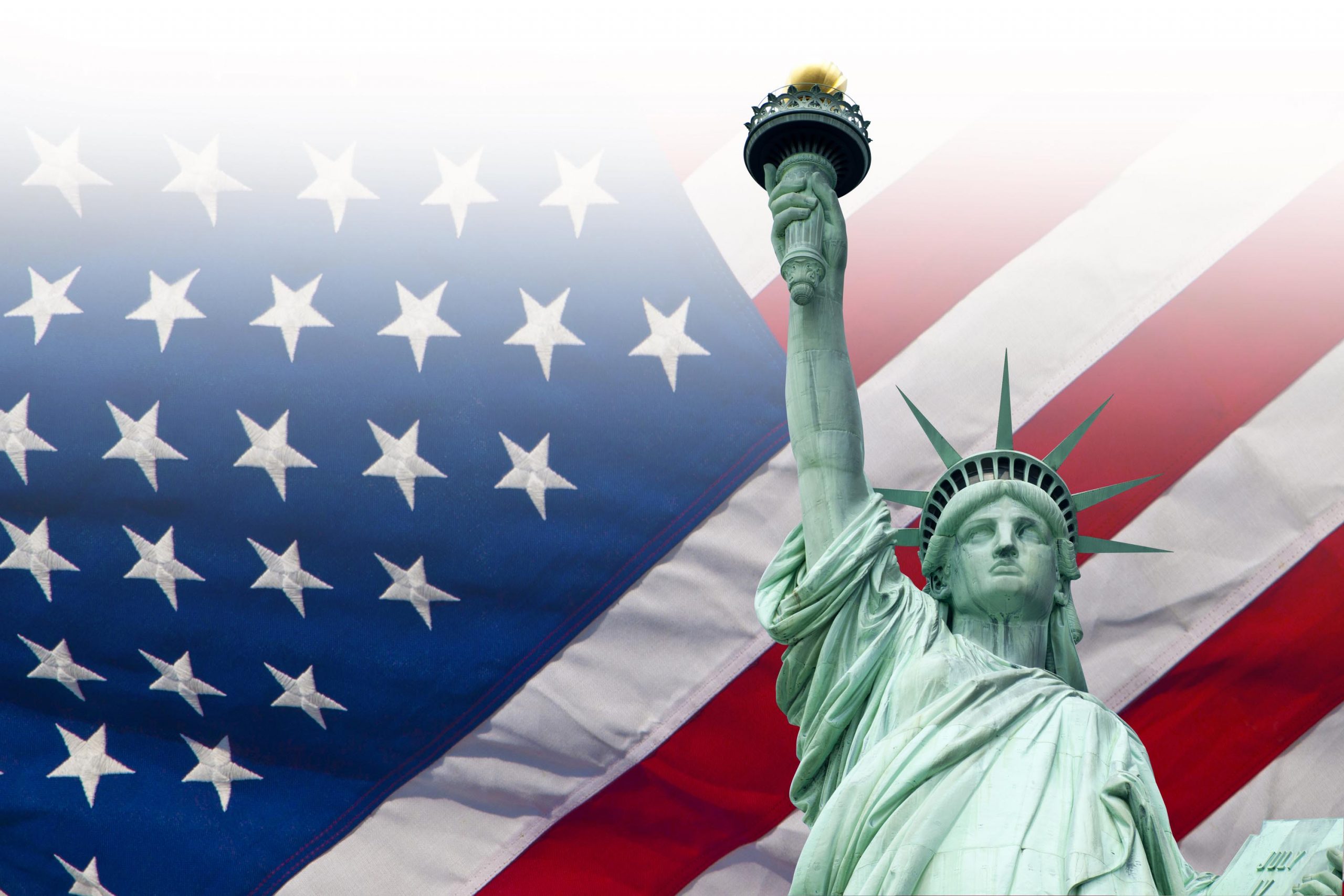 The two most traumatic experiences in the nation’s history were the Civil War (1861-65), in which a northern Union of states defeated a secessionist Confederacy of 11 southern slave states, and the Great Depression of the 1930s, an economic downturn during which about a quarter of the labour force lost its jobs. Buoyed by victories in World Wars I and II and the end of the Cold War in 1991, the US remains the world’s most powerful nation state. Over a span of more than five decades, the economy has achieved steady growth, low unemployment and inflation, and rapid advances in technology.

Location
North America, bordering both the North Atlantic Ocean and the North Pacific Ocean, between Canada and Mexico.

Climate
Mostly temperate, but tropical in Hawaii and Florida, arctic in Alaska, semiarid in the great plains west of the Mississippi River, and arid in the Great Basin of the southwest; low winter temperatures in the northwest are ameliorated occasionally in January and February by warm chinook winds from the eastern slopes of the Rocky Mountains.

Note: a separate listing for Hispanic is not included because the US Census Bureau considers Hispanic to mean persons of Spanish/Hispanic/Latino origin including those of Mexican, Cuban, Puerto Rican, Dominican Republic, Spanish, and Central or South American origin living in the US who may be of any race or ethnic group (white, black, Asian, etc.); about 15.1% of the total US population is Hispanic.

Note: Hawaiian is an official language in the state of Hawaii

Economy
The US has the largest and most technologically powerful economy in the world, with a per capita GDP of $46,400. In this market-oriented economy, private individuals and business firms make most of the decisions, and the federal and state governments buy needed goods and services predominantly in the private marketplace.